British comedian David Mitchell,  in one of his online rants, gets stuck into the whole problem of “mindfulness” and “living in the moment” which I gather has taken over from liver cleansing diets as a fashionable nostrum to make folk feel a little less uncomfortable in the world in which we, somewhat bafflingly, find ourselves.

The problem, he points out, is that you can’t actually do it.

You’re either living in the moment when you’ve stopped to check whether you are, in fact, living in that moment, or you are living in another moment anyway.

Mitchell mentions this as a paradox,  but an ancillary issue to the main problem with”mindfullness”.

I’m not sure what he thought the main problem was – I must have been thinking of something else at the time – but, personally, I think it’s the whole problem with it. That and the faddy aspect,  I suppose.

Clifford Stoll, one of the pioneers of the Internet, recalls being on a flight sometime in the late 1990s and talking to the woman in the next seat. An elderly lady, of some shrewdness, she asked what he did for a job. When he told her she looked at him sharply, and said “ah – you’re in the artificial urgency business.”

I was recalling this, ar some point during the holiday break, when one of the alarms set up on my mobile devices went off.

Now, these are needed when you are as chronically forgetful as I am. As I’ve written before, I’ve found these sorts of tools invaluable.

The world is now full of bleeps.

Everywhere you go there is something bleeping at you. Our cars bleep at us. Our fridges bleep at us. We now read much more on mobile devices so now even our bloody books bleep at us.

We are surrounded by things which make us jump, demanding we stop what we’re doing and pay attention.

It’s no wonder pharmaceutical companies which specialise in anti anxiety potions are such a good option to invest one’s savings.  Those companies,  and the firms which make the devices which do the bleeping, of course.

It’s become, gradually, an incursion on our freedom, a bleeping Liberty, if you like.

And we didn’t have to be compelled into it, we’ve embraced it with enthusiasm, stroked the iPhones and iPads lovingly, and accepted the changed terms and conditions without having read them.

Now, I love this connected world as much as anyone with a – admittedly sporadic – blog, a Twitter account, a Facebook page. And of course I actually work in the media.

But I’m picking a looming backlash. The ‘mindfulness’ fad is a symptom  of this backlash. It might be a wrongheaded one, if only because human beings are almost never fully ‘mindful’ or ‘in the moment’, if only because part of being human involves that self consciousness and duality written about by the ancients to Descartes and beyond.

But that’s whole other topic. 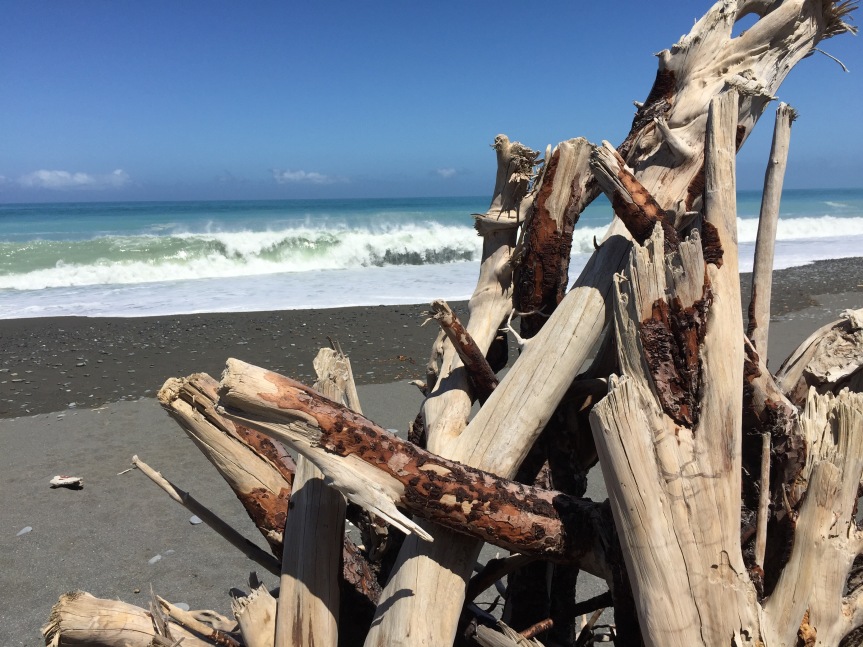 For now: off grid for a week.

Maybe a bit mindfully, mostly a bit walk-fully and write-fully.